A charity sending a donor its self-published “Financial Report” pamphlet in response to a request for its audit is like a student sending their professor the grade they assigned themselves for the semester in lieu of turning i. 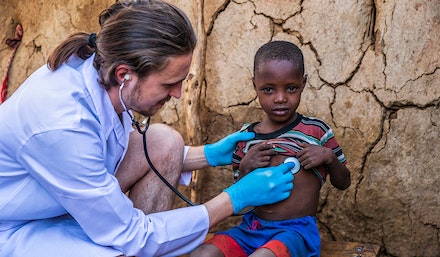 Best and Worst Charities for Your Donations

Editor’s Note: Consumer Reports has not updated the specific charities mentioned in this story since November 2019. If you’re looking for tips on choosing a charity, you can vet the charities you’re considering by checking the websites of the watchdog organizations mentioned here.

“You don’t want to choose a charity by the name alone, since your donation may go to a questionable group,” says Bennett Weiner, chief operating officer of the charity watchdog BBB Wise Giving Alliance. Some organizations may spend too much on administrative and fundraising costs or are outright scammers.

Vetting charities is especially important now because December is typically the largest month for giving. According to a recent report by the Blackbaud Institute for Philanthropic Impact, 17 percent of contributions were made during December last year.

By doing this vetting, you can feel more confident that the group you’re donating to deserves your support. Charities differ a lot in how much of the money they raise goes for programs instead of covering the expense of raising money.

To become accredited by the BBB Wise Giving Alliance, charities must meet 20 standards, including adequate board oversight and strong conflict-of-interest policies, as well as the requirement that they spend at least 65 percent of their total expenses on their charitable programs and no more than 35 percent of their total contributions on fundraising.

Keep in mind that our table below is a partial list of high- and low-rated charities in only some categories. You can find more by going to the watchdogs’ websites directly—just enter a group’s name in the search box. CharityWatch is the only one of the three that requires visitors to make a donation for full access to its reports, although it provides a list of its top-rated charities and other useful information free of charge.

Be sure to check the charity’s own website for information about its mission, a list of the board of directors, and its latest financial reports. If the site doesn’t have those details, “it is sending you a message that the organization is not very transparent,” Weiner says. (Read more about vetting charity documents.)

Taking From The Hungry To Feed The Starv.

Taking From The Hungry To Feed The Starving: Crisis in Yemen

10 Tips For Giving in a Crisis

10 Tips For Giving in a Crisis

CharityWatch, founded in 1992 as the American Institute of Philanthropy (AIP), is America’s most independent, assertive charity watchdog. CharityWatch does not merely repeat what a charity reports using simplistic or automated formulas. We dive deep to let you know how efficiently a charity will use your donation to fund the programs you want to support. CharityWatch exposes nonprofit abuses and advocates for your interests as a donor. 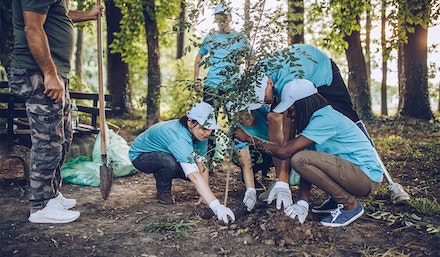 Greenpeace is a movement of people who are passionate about defending the natural world from destruction. They have a vision for a greener, healthier and more peaceful planet, one that can sustain life for generations to come.

Friends of the Earth

The Rainforest Alliance is an international non-profit organisation working to make responsible business the new normal to protect forests, improve the livelihoods of farmers and forest communities, promote their human rights, and help them mitigate and adapt to the climate crisis.

What happens to the ocean impacts all of us. Ocean Conservancy are tackling the greatest global challenges facing our ocean today, focussing on long-term solutions that promote a healthy ocean, abundant wildlife and thriving coastal communities.

The UK’s natural world is in steady decline and the Wildlife Trust is here to help tackle the climate and ecological emergency, whilst making nature part of life for everyone – creating a wilder future for wildlife and people.